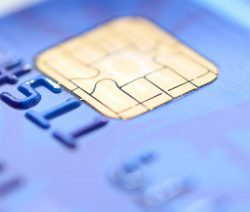 EMV Technology utilizes a small data processing chip embedded in a plastic card to transmit encrypted data during a cardholder transaction. The chip card was developed to reduce card fraud.  Due to the expensive telecommunication costs in Europe the chip was added to the card and enabled a connection with the ...

EMV is about global interoperability and will help foster the adoption of newer technologies such as contactless, NFC or mobile. Europe mandated EMV in 2005. Major U.S. credit and debit card associations including Visa, MasterCard, Discover and American Express have announced roadmaps to migrate EMV to the United States.  In October 2015 ...