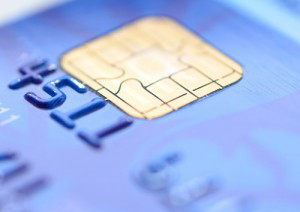 The chip card was developed to reduce card fraud.  Due to the expensive telecommunication costs in Europe the chip was added to the card and enabled a connection with the card and the terminal.  The card is able to authorize the transaction.

The features that are defined by EMV are as follows:

EMV chips can be configured in a number of different ways to meet issuer and customer needs. They can even be loaded with applications similar to your smart phone.

EMV integration in the U.S. will mean decreased fraud loss in the U.S. market and easier access to finances when traveling to foreign markets. Counterfeit, lost and stolen card fraud represents significant cost to all participants in the payment process, including retailers, acquiring banks, card issuers and cardholders. Costs mount due to: